History and development of the company Ostsee-Schmuck

On 1 July 1948, the VEB Fischlandschmuck was founded in the former Soviet zone of occupation as a result of a forced nationalisation. The VEB or state owned company developed into one the  leading producers and exporters of jewellery in the German Democratic Republic.
Prior to German reunification, the OSTSEE-SCHMUCK in Ribnitz-Damgarten employed up to 650 employees. The first production areas were set up in the administration building of the former plane manufacturer Bachmann. Initially, the biggest problem was procuring materials. In the early stages, brass projectile casings were the material base for jewellery made from nonferrous metals.

This was later followed by silver and amber jewellery as well as gold. With the fall of the Berlin wall and the political changes in 1990, drastic steps and measures were needed in order to ensure the survival of the company. In April 1992, it was privatised, and the OSTSEE-SCHMUCK GMBH was founded. This saw a reorganisation of the company with a focus on producing jewellery for the world market. Apart from manufacturing high quality gold and silver jewellery, the success of the following years was based above all on the multifaceted refining of amber. 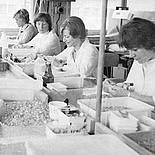 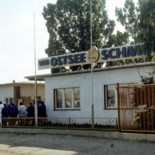 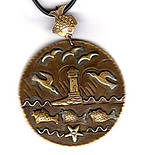 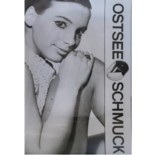 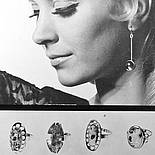 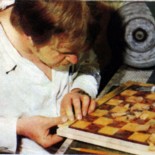 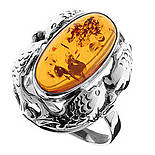 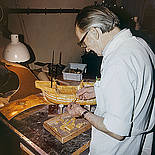 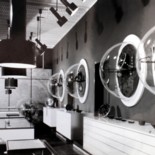