With the evolution of modern plants, and in particular the ability of those plants to produce more resin, the largest concentrations of fossilised tree resin can be found mainly in sediments from the Cretaceous, Tertiary and Quaternary periods, predominantly in the Northern hemisphere. During the Eocene, about 40 million years ago, the area which today is submerged by the Baltic Sea was still dry land, and large parts of it were covered in dense “amber forests”, consisting mainly of conifers producing at times very abundant resin flow.

The resin accumulated over the forest floor, moors and water ways, and over the millennia, it developed into one of the most beautiful precious stones used in jewellery - amber. Due to its golden hues and its provenance, Baltic amber is often called “Gold of the North” or “Gold of the Baltic Sea”. In the “Blauen Erde” (or Blue Soil) near Palmnicken, amber has been deposited by ocean currents and ice ages in such high concentrations that it has been mined there for more than one hundred years. 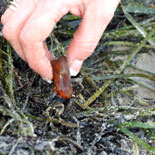 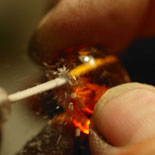 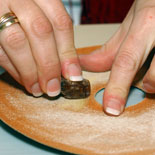 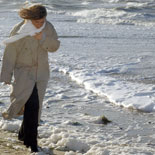 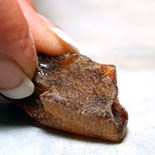